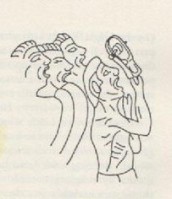 Dr. / Ass. Professor / External Academician Eno Koço (Conductor/Musicologist) was born in Tirana into a musical family. His father was a baritone and his mother a prominent soprano with an international reputation. He began violin studies at the age of seven, first in Tirana and then in Leningrad before graduating as a violinist in 1966. After his graduation in conducting in 1977, he was appointed conductor of the Albanian Radio-Television Symphony Orchestra (1977–1991).

From 1992 has been the principal conductor of the orchestra of the School of Music at the University of Leeds (England) for 19 years directing many major works of the symphonic and vocal repertoire, and has worked with several local orchestras and choirs. Apart from the Albanian Radio Symphony Orchestra and Tirana Opera Theatre, he maintained regular contact with several musical institutions such as, Skopje Opera Theatre, George Enescu Philharmonic in Bucharest, Music Academy in Wroclaw (Poland), Philharmonia of Kosova and others.

He is the author of several books and articles in English among which Albanian Urban Lyric Song in the 1930s (Scarecrow Press, Inc., 2004); “Shostakovich, Kadaré and the nature of dissidence” (for The Musical Times, 2005); “Styles of the Iso-based Multipart Singing of South Albania, North Epirus and Among the Arbëresh of Italy” (in Multipart Music, a Specific Mode of Musical Thinking, Cagliari, Sardinia, 2012); “Byzantine Chant, the Ison, Arbëresh Liturgical Chant” (in Local and Global Understandings of Creativities, CSP, 2013); A Journey of the Vocal Iso[n] (Cambridge Scholars Publishing, 2015); Traditional Songs and Music of the Korçë Region of Albania (Cambridge Scholars Publishing, 2018); Albanian Identity in History and Traditional Performance (Cambridge Scholars Publishing, 2021).

He has given papers on the music of Albania at different universities and institutions such as Limerick, Leeds, London, Tiranë, Struga, Bologna, Palermo, Cagliari, Tbilisi and Thessaloniki. He appears in the late international editions of Albanian Encyclopaedic Dictionary, Who’sWho in the World, IBC (International Biographical Centre, Cambridge), and ABI (American Biographical Institute).

In 1984 the Albanian state nominated him Honoured Artist (Artist i Merituar). In 1998 he was awarded his PhD from the University of Leeds, in 2005 was nominated Associate Professor by the Academy of Arts in Tirana, in 2017 was conferred with the Nation’s Honor Order (Nder i Kombit) of Albania and in 2020 was elected External Academician (Akademik i Jashtëm) of the Albanian Academy of Sciences.